We decided to take a closer look using daily data and returns-based style analysis (RBSA), and found Mr. Cinnamond’ selection skills over the past eighteen months have been strikingly strong relative to other small capitalization mutual funds. 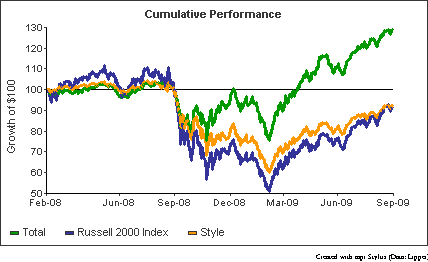 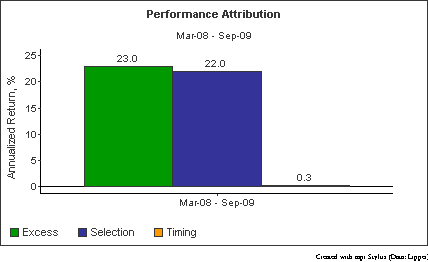 We were surprised to find timing contribution was only incremental given Mr. Cinnamond’s sizeable moves into cash and other sectors over this period of high market volatility. Most of the excess performance as determined by the sector specific returns-based style analysis model was generated through selection as shown in the chart above. Together, the combination of both timing and selection skill led to dramatic excess outperformance of 23.0% over the Russell 2000 Index for the period March 2008 to September 2009. 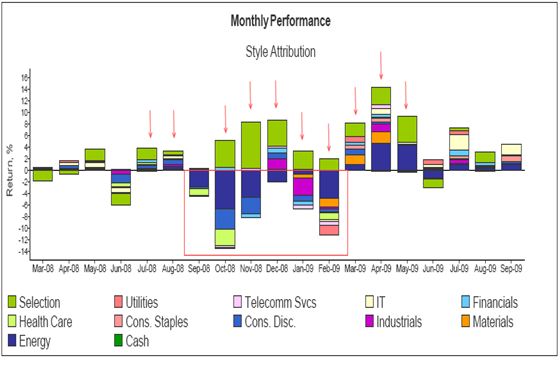