With bank exec heads rolling, investigations hotting up globally, politicians fuming and investors exercising caution in bank shares, the LIBOR scandal is fueling massive speculation about the long-term ramifications for the industry. Indeed, after all that the banking industry has faced in the wake of the bursting of the housing bubble, an anonymously quoted bank […]

With bank exec heads rolling, investigations hotting up globally, politicians fuming and investors exercising caution in bank shares, the LIBOR scandal is fueling massive speculation about the long-term ramifications for the industry.

While there are more reasons not to draw parallels between the banking industry now and the tobacco industry of the mid-1990’s than there are similarities, we thought it would be interesting to review the impact on Tobacco during its “moment”, and beyond.

Over three years since the markets plumbed their nadir, today’s already beleaguered banking industry has reclaimed less than half the market value lost between 2007 and 2009, with some banks still trading at prices well below book value.  There are many more embedded factors weighing on bank stocks than the LIBOR scandal, and the banking industry is inextricably linked to others in a way that tobacco is not. But the comparison is in some ways a good one, in particular with public and political outrage, and momentum for reform gathering, respectively.

So we took a look at what bank stocks might be in for if elements of history do repeat. 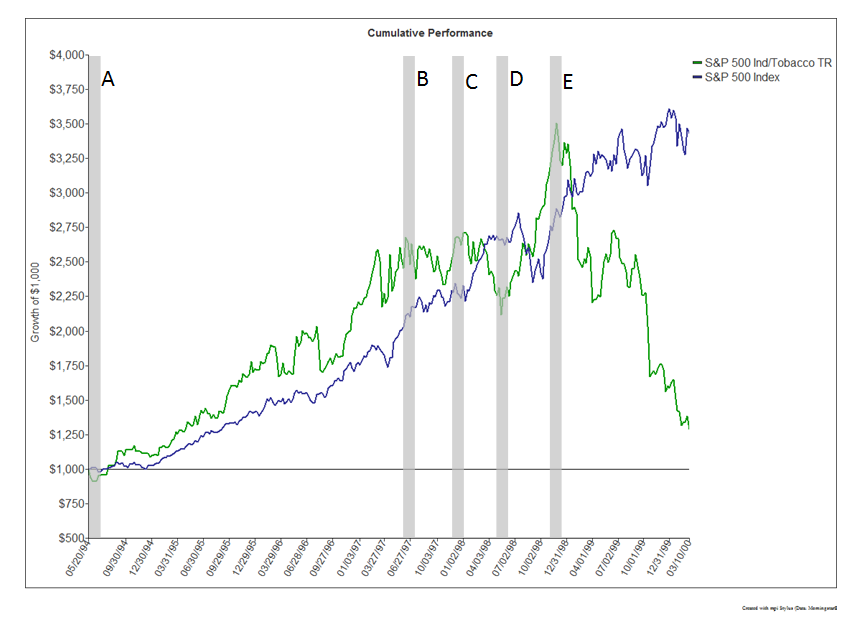 In the case of the tobacco industry, markets did not price in the costs to the industry until after the settlement was reached and reforms were in the process of being implemented.

And while it is only LIBORious speculation for the banking sector, we thought it worth looking over the longer term to ask, “what has happened to Tobacco since its ‘moment’?” 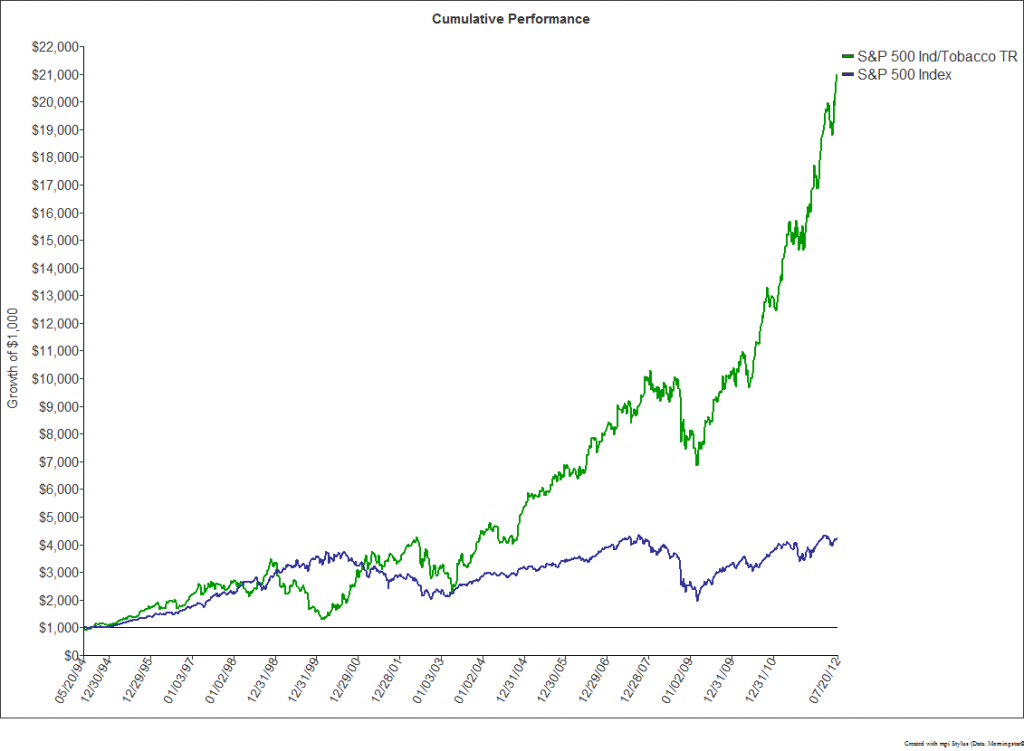